Joint Vs. Shared Custody In Louisiana

A custody battle is mentally draining and trying to figure out the difference between joint custody and shared custody in Louisiana can just add to the chaos and confusion. But having expert legal representation on your side can help you protect your interests and rights, as well as ensure the child or children are provided with the proper care.

If you’re in the midst of a custody battle and need help deciphering the difference between joint and shared custody in Louisiana, the experienced and compassionate family lawyers at Dowden & Smith are here for you. Contact our team today at 337-238-2800 for a free consultation and receive expert legal advice and representation that you can count on. 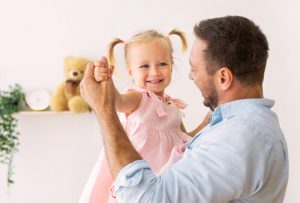 The difference between joint and shared custody in Louisiana can easily create confusion for those who aren’t well-versed. In joint custody, parents are supposed to coordinate, communicate, and agree upon important life decisions for the child, but they may not have equal parenting time.  Joint custody means that the child, or children, do not spend equal time with both parents. This could mean the child rotates between the parents’ homes every other week, spends certain holidays with parents, or listen to other agreed-upon custody arrangements that result in one parent having more time with the child than the other.

Joint legal custody gives the parents an equal level of authority on the child’s major life decisions like schooling, after-school activities, and medical issues. Joint physical custody refers to where the child lives. Typically, parents will equally split the time between their two homes, but other arrangements can be arranged and agreed upon.

Trying to navigate the legal complexities and differences between joint and shared custody can be challenging, which is why you should have experts on your side. With Dowden & Smith’s family attorneys, you won’t have to face these issues alone. Contact our team today and get the representation you deserve.

Can Custody Be Changed? 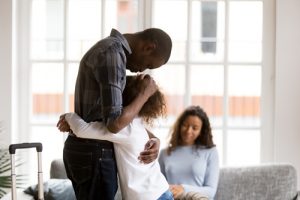 Weighing the differences in joint custody, shared custody, and sole custody can be overwhelming when also going through a divorce, so you may be wondering now if you can change custody after agreeing to a plan that doesn’t work for you. In short, the answer is yes, custody can be changed.

In order to modify custody in Louisiana, certain guidelines must be followed. The Louisiana Supreme Court case of Evans v. Lungrin set the precedent for custody modifications in Louisiana and is used as an example for what must be present to change the custody agreement.

To modify custody, whether the agreement is joint custody, shared custody, or another framework, the party seeking to change the custody agreement must present a convincing case that a new custody ruling would benefit the child. The best interest of the child is paramount in any custody ruling.

If the custody judgment a party is wanting to change was obtained as a result of a custody trial (i.e. a “considered decree”) rather than by the agreement of the parties (a “consent decree”), the party seeking the change must prove that the current custody is so deleterious (harmful) to the child as to warrant its modification OR show by clear and convincing evidence that the benefits of the changes will outweigh the damages caused by modifying the custody agreement. This is referred to as the Bergeron rule.

In any modification of custody case, however, the party seeking to modify custody faces a higher burden of proof, meaning they may have a harder time proving that a change to the custody would be more beneficial to the child than the existing agreement.

With this elevated burden of proof, it’s important to have the right team on your side from the beginning. Get the help you deserve and ensure your child is given the best care they can receive when you work with the custody lawyers at Dowden & Smith. Talk to our custody attorneys today and receive honest and dependable legal advice. Call us today at 337-238-2800.

The contents of this website do not constitute legal advice. The information contained on this site is for general information only and should not be applied to any specific situation. Any use of the site does not create or constitute a client-lawyer relationship between Dowden & Smith and the user of the site. If you require legal advice, consult with an experienced attorney.

Rate Us on Google

Please Leave Us a Message